Pickleball is paddle ball sport with a combination of attributes from badminton, tennis and ping pong. It is played on a badminton sized court (20 feet wide by 44 feet long). The net is similar to tennis, but 34 inches high at the center and 36 inches at the ends. It is played using a paddle and a plastic ball with holes, much like a whiffle ball. It features singles and doubles.

Pickleball originated in 1965 on Bainbridge Island, near Seattle, Washington. It was invented by Joel Pritchard, Bill Bell and Barney McCallum.

Why is it called pickleball?

There are a few different accounts as to how Pickleball got its name. According to Barney McCullum, it was named after Joel Pritchard’s dog, Pickles.

What is the kitchen?

The kitchen refers to the non-volley zone which is the area 7 feet from each side of the net. You are not allowed to volley while standing in the kitchen. The ball must bounce first if you are standing on any part of the kitchen or the on the kitchen lines.

Why is it called the kitchen?

Many theories on why it is called the kitchen exist. The general belief is that it was copied from the term used in shuffleboard.

What are the dimensions of a pickleball court?

The court for singles and doubles is 20 feet by 44 feet. The non-volley zone is the width of the court and 7 feet from the net.

What are the different surfaces for pickleball courts?

How much do paddles weigh?

Paddles range in weight from around 6 ounces to 14 ounces. Most paddles fall in the 7.5 oz. – 8.5 oz. range. Typically, the heaviest pickleball paddles are made out of wood. Check out our Pickleball Paddle Buying Guide to find the best pickleball paddle for your game. 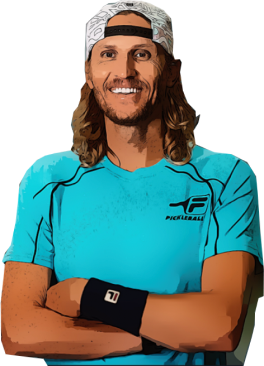 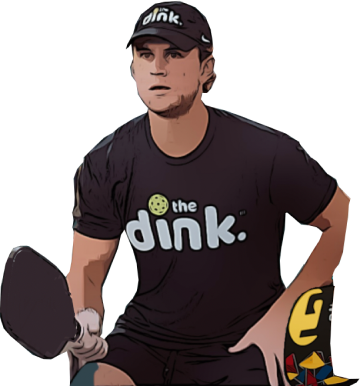