First time players tend to just whack the ball all over the place. Eventually, after a few losses and lessons learned the hard way, some good samaritan explains that in order to win in pickleball, the key is to “dink and drop”, as opposed to playing like a “banger.”

So as first-timers make the transition to 'beginners’, they’re often conditioned to slow down the game and focus on dinking the ball when at the non-volley-zone, aka the kitchen, because that’s how pickleball is “supposed to be played”.

And while it’s not necessarily bad advice, what often goes unsaid is that a dink is a means to an end, not the end itself. The end is an opportunity to strike, and well played dinks can create those opportunities. And that’s why it’s crucial to dink with purpose.

Generally, every shot should set up the next one, until there is a ball that is juicy enough to kill.

Avoid being the player who dinks just to dink; because that’s what you’re “supposed to do”. Use dinks to move your opponent around and keep them guessing.

Vary your power, placement, depth and spin to create different shots. There are about 81 dink combinations one can play depending on how they combine the above variables. Here’s a breakdown and excerpt from one of our most recent newsletters (subscribe for free):

Don't fall victim to the 'don't mess up' mindset. Become a threat at the net...

Switch between backspin, topspin, flat, slow and fast dinks. Avoid repeating the same dink over and over.

Topspin dinks will accelerate after the bounce. A solid backspin dink, particularly on rougher court surfaces, can almost ‘hitch’ off the bounce. And pace will impact the significance of that acceleration or ‘hitch’.

Now add another variable: depth. It’s a good thing if your opponent isn’t sure whether to take the ball out of the air or not. Make them employ footwork. If they’re maintaining the same stance at the kitchen line dink after dink, it’s probably a good time to mix it up.

There are 81 different combinations available to you. Use them.

Speaking of spin, there's one paddle brand that consistently out-tests all other paddles in spin generation, it's CRBN. Use code THEDINK for 10% off CRBN paddles.

Finally, now that you've commanded your opponent's attention and forced them to focus on where your next dink is going....

Think about pulling the trigger. Identify an opportunity to initiate a speedup. Now you're really creating discomfort.

Experiment, test, expand your range and never let them get comfortable. Become a short game threat.

In short, by moving the opponent around, YOU control the point.

Baby Steps
Maybe you aren’t ready to hit a pacey, deep cross-court top-spin dink to throw your opponent off. But that’s ok, because dinking with purpose can be as simple as hitting to the opponent’s feet, or constantly varying placement (cross, middle, straight ahead).

Try this: Hit middle a few times, then aim for your opponent’s outside foot, then go to the middle again. Baby steps.

The least threatening pickleball player is the predictable one. Avoid predictability at all costs!

With all of that in mind, pay attention to the opponent’s shots and shot selection. We are all creatures of habit. Most players are very predictable if you pay attention. When a ball goes to a certain spot on the court, players tend to hit the same shot every time.

Use that as an advantage! Anticipation is an asset. And guess what? It’s not that hard to anticipate what shot is coming, assuming you can recognize the patterns. Every time your opponent makes you look silly, mentally note where the ball was on the court and what spot they hit it to. “Be ready for the ball” sounds elementary, but it makes a massive difference.

When Checkers becomes Chess: Bruce/Kim vs Danny/Kate
Dan is cross court dinking with Bruce and every time Bruce hits a dink to the middle with slightly too much height, Dan reaches in with a speedup, and whacks a ball right into Bruce’s body. Body bag.

But the next time Bruce realizes that he left a dink a little high in the middle, he gets his paddle up and cocked for Dan’s body bag attempt. Boom. Bruce is ready, he counters, and Dan ends up with a fresh new chest tattoo.

Now here’s where the fun begins.

Same scenario repeats, but now Dan knows that Bruce is going to cover the attack, so instead of the speedup, Dan could lob, or use the angle to hit an angled dink with pace, or speedup to Kim or…the list goes on.

The takeaway? You have options, and those options will changes based on how the game progresses and what patterns emerge. Identify them. Use them.

In the words of the pickleball genius, Dayne Gingrich, “what does he know that I know that he knows that I don’t know.”

For those who like this type of analysis, the next step is to venture into the land of misdirection and deception.

Concealing shots, anyone? If that sounds like you, here is a great interview with OG pro Kyle Yates that might offer some inspiration.

We'll save the rest for another blog. 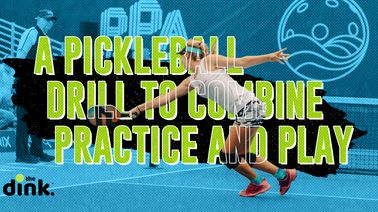 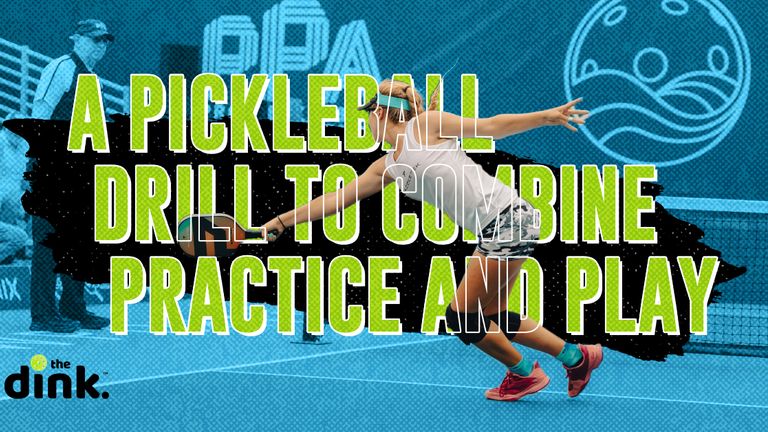 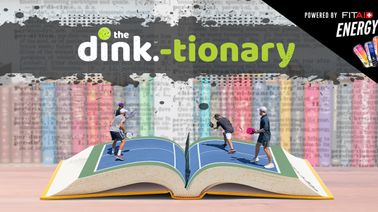 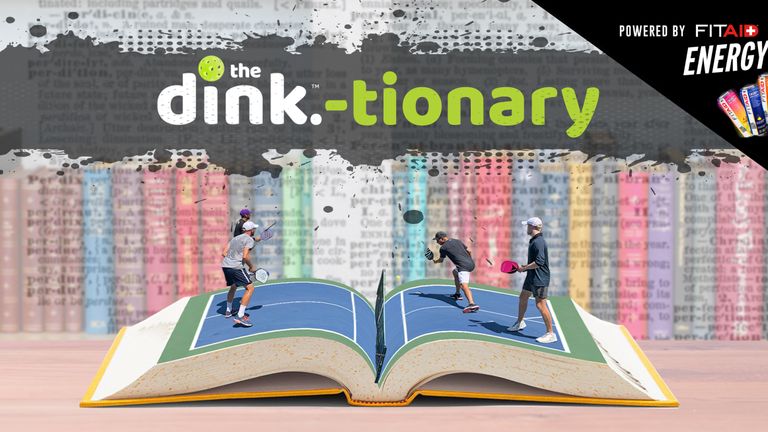 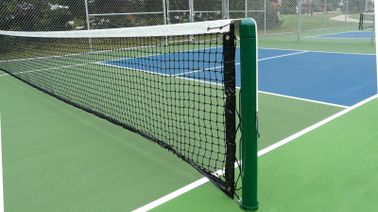 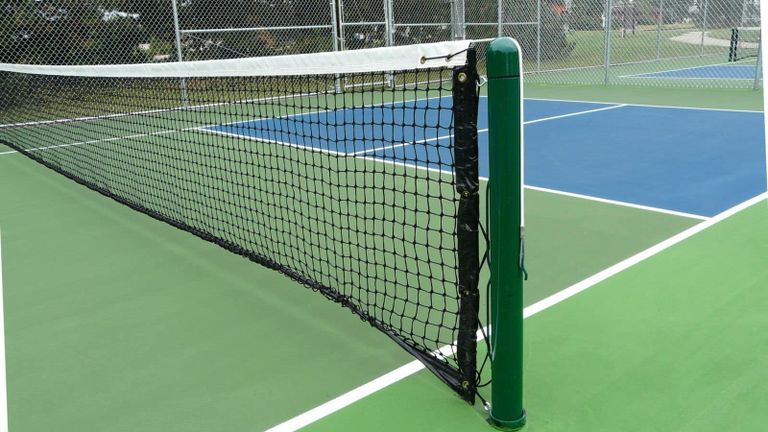 How Tall is a Pickleball Net?