What's up with Ben Johns?

Pickleball tats, the PPA Peachtree Classic and misdirection. We've got a good one.

The hashtag #pickleball was trending over the weekend for the first time. Jump on the Twitter machine and see what the fuss is about @thedinkpickleball.

We're struggling to concoct a witty intro this morning, so how about some memes instead?

Reminder: Earn stickers, Selkirk & Electrum paddles and more by sharing this email. Scroll to the bottom of this issue to find your referral link. If you don't see it, click "view entire message," and it should pop up.

Let's get into it!

This week we're tapping in Tyler Loong to talk misdirection. Loong has some of the most unique kitchen line play in pro pickleball. Misdirection is a crucial part of his game.

In this lesson, he shares the keys to successful misdirection, your eyes and wrist.

First, use your eyes to manipulate your opponent. It's instinct for a defender to seek information from an opponent's eyes. Set the trap. Look down the line if you plan to hit cross-court, and vice-versa.

In football, QBs must constantly be aware of their downfield gaze so as not to tip of interception-hungry safeties. Hit 'em with the Patrick Mahomes no-look and use their anticipation against them.

Loong explains that the second key to his misdirection shot is to 'break the wrist.'

Changing the wrist angle is the quickest way to change the direction of the ball. For this shot, your whole swing should indicate that the ball is going one way, before breaking the wrist last second to send it the other.

This type of shot is seen more and more in mixed doubles. Men's players have a tendency to creep into the middle of the court. This leaves the down-the-line shot open.

After a few successful cross-court dinks, mix in the misdirection. Keep your motion the same (conceal the shot) but break the wrist at the last second to catch them off-guard and sneak a winner down the line.

Loong notes that misdirection is more effective if used sparingly. Overuse leads to unforced errors and eventually your opponents will learn your tendencies.

Vulcan Pickleball has a full line of pickleball gear—paddles and backpacks, to nets, training gear, overgrips, and more. From beginners to Pros, Vulcan gear enhances your play with advanced technology and game-changing style.

Every once in a while, enough underlying themes accumulate that don't necessarily deserve an entire section. Today is one of those onces in a while. Here's what we're hearing around the picklesphere.

The APP Tour Announces the 2023 Schedule

The APP Tour officially released its schedule for 2023. The tour will make 20 stops, a nice change from the 30 tournament pace they are on this year. There are a couple of significant format changes for next year.

The new format features four majors and two championship events. The four majors are spread throughout the country in FL, CA, IL and TX.

The APP is scheduled to hit Canada in June and some of the smaller events have been scrapped for 2023. No more Indy Open, Plantation Open and notably, no Beer City Open. Major League Pickleball is expected to expand to 6 events in 2023 which will help fill up any gaps in the calendar.

Anna Leigh Waters or should we say Anna 'Three' Waters went 3 for 3 on Championship Sunday. She brought home another triple crown on the PPA Tour and silenced any doubts about Team Waters.

Oops they did it again...Jessie Irvine and Anna Bright upset a top two team in the semis to reach Championship Sunday. This time around they ran into Team Waters in the finals. It was a five game marathon but there was no way the mother-daughter duo were losing to Irvine/Bright two weeks in a row. The Waters won, which secured the second coronet of AL's three.

A win in mixed doubles completed the trifecta. More of the same from the Waters/Ben Johns duo that shows no signs of slowing down.

In men's doubles we had not one, but two marquee matchups. In the quarterfinals, Matt Wright and Riley Newman battled the young guns, JW Johnson and Dylan Frazier.

It was the ultimate battle of hand speed that looked like it might fall in favor of youth with a game 3 match point. But the veterans Wright/Newman showcased their experience with a 13-11 comeback victory.

This set up the TOC rematch between Wright/Newman and the Johns brothers. The brothers fell into a massive 10-1 hole in game 1. If there is anyone that can do the impossible on a pickleball court, it's Ben Johns. The brothers won 11 unanswered points to win game one before sweeping the next two to complete their revenge game.

J Dub walked away with his fourth PPA singles title this year. For those of you keeping track at home, he is now tied with Johns for PPA titles this year. They are both scheduled to play in the PPA Championships in Vegas next month.

Pickleball Magazine highlighted some of the women off of the court that help push the game of pickleball into the spotlight. Our own Kim Bastien was included as one of the thirteen influential women interviewed about the pickleball business.

It's one of the world's first and maybe the world's only pickleball tattoo. Now that is dedication. It does come with an added bonus: he and his partner can easily draw up plays during a timeout. 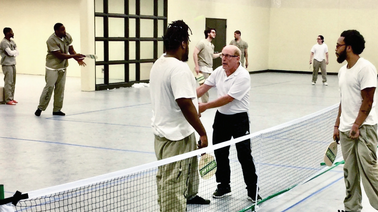 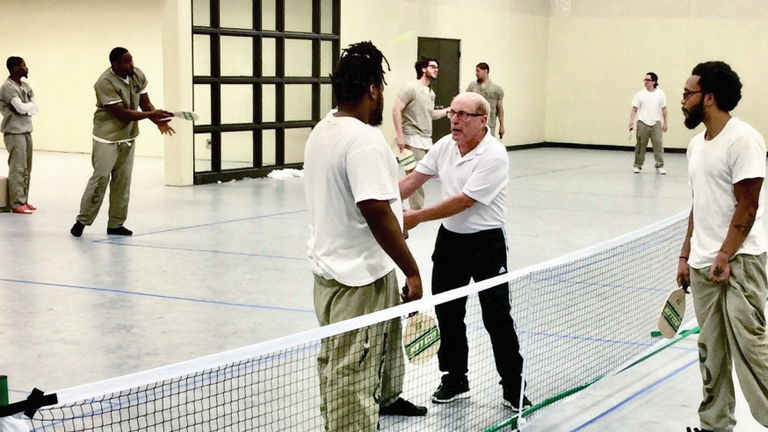