The Wilson Carbon Echo is a premium carbon faced offering from one of the most well-known tennis brands. There are two models in this premium line of paddles, the Echo and the Juice, which align with the other paddles in Wilson’s lineup. The carbon paddles come with a woven carbon face and polypropylene honeycomb core. The Echo model has an extended handle to fit a two-handed backhand for those who are crossing over from their tennis roots to the new pursuit of Pickleball.

In this 50 game review, I put the Wilson Carbon Echo through the paces. The initial impression that I had from taking the paddle out of the packaging is that it felt light in the hand with an easy swing speed. I noticed right away that the grip felt boxy with some hard angles. Some may find their grip aligns perfectly with the edges in the handle but others might feel a less comfortable grip out of the box. I like a more rounded handle and put an over grip on the handle after the first play test. No texture can be felt on the face of the paddle which is evident in the spin that can be achieved, although as the paddle wears in, I was able to hit my baseline shots with the topspin that I wanted. The real question is, does the reputation of Wilson shine through these premium offerings or is it outpaced by the Pickleball-specific brands who are leading the charge in innovation?

One of the things I noticed right away playing with the Wilson Carbon Echo is that the pop off the sweet spot of the paddle was very consistent and there was some good power that was transferred into the ball as you swung through your shot. I did have a few mishits and noticed that although the paddle felt very controlled when the ball struck the center of the paddle, the edges didn’t have the same pop and could cause the ball to miss its mark. The sweet spot felt smaller than other paddles which made it a little more challenging to be consistent.

At the net with dinking and blocking the paddle felt great. There was good control over the net when the play called for a cross court slice into the kitchen and a decent power transfer when speeding up the point. I noticed that having a little longer reach with the extended grip made it easier to get to some of the shots at the edge of my reach. I do play with a two-handed backhand and being able to fit my off hand on the grip added to the control and placement that I was able to achieve.

The biggest theme of this paddle is that it is a jack-of-all-trades. The Wilson Carbon Echo seems to do everything well but nothing extraordinary. That is true in the power category as well. I noticed a good transfer of speed from the baseline when I was looking to take a third shot past the players at the net but I was also able to speed up a slow ball with a wrist flick. Carbon paddles tend to dominate in the control category while still leaving a little bit to be desired in the power category but this paddle found a nice balance between the two.

A slightly smaller sweet spot is the only thing holding back the true power potential of this paddle. Shots that are outside the center of the hitting surface don’t come off with the same speed and can cause shots to go into the net or long. Once players get used to the prime hitting area on the face they will be able to accurately speed up the ball but as you are breaking the paddle in there may be some unplanned hits. This forced me to be more exact with my swing through the ball and improved my overall ball striking.

Wilson describes the face of this paddle as a Carbon Fiber Weave and the feel of the carbon is evident in the short play. Dinking shots come off the paddle with an ease that makes you want to keep the rally going at the net. The core material also protects your arm and no extra vibration is felt through the grip of this paddle.

The one place that Wilson missed the mark on this paddle is the texture on the face. A smooth surface is not an uncommon attribute of an intermediate paddle, but when we are talking about the premium offerings from established brands, we do expect to see not only good feel and touch in the hand but also the ability to add spin through a rough textured surface. In the beginning of the play test, I did notice that I wasn’t getting the same amount of roll on the ball with my serves and baseline shots. Net points where the ball was moving slower, I was able to add movement to the ball but not as much as I would have expected with a grippier paddle. One positive change at the end of the play test was that as the face of the paddle began to degrade, it improved the ability to spin the ball. An unexpected advantage to the longevity of the face material.

Wilson has one of the best looking paddles I have seen this year. The subtle blue branding on a black background suits my preference to a “T”. Some might be hoping for more in the design category but I really enjoyed the subtle look that this paddle brings to the court. Combining the carbon wave with the blue accents makes it a standout in the design category for my taste.

A paddle that is as well-rounded as the Wilson Carbon Echo makes it difficult to pick a favorite part. The control this paddle offers the player will be one of the most-loved aspects of its play, however, the added power that can be achieved without vibration in the hand is a close second. I found by the end of the play testing with this paddle that it felt natural in the hand and I was confident in the way the paddle performed with my game.  I really enjoyed the way this paddle complemented both the soft shots at the net and banging from the baseline. Again, the Wilson Carbon Echo didn’t stand out in any specific genera that would be loved by a certain type of player but hated by another. This paddle would feel comfortable in the hands of anyone and adapts well to all styles of play.

So then who is this paddle best for? This paddle is the ideal intermediate player's paddle, someone who is developing all aspects of their game. They want to be able to speed up the point from the baseline but also are working on their short game and want to feel a consistent pop for their dink into the corner of the kitchen. A 2.5-3.5 level player who wants their first taste of premium materials from a well known brand would not be disappointed in this offering from Wilson Sporting Goods.

The Wilson Carbon Echo retails at $139.99 which places it right in the middle of the range of premium paddles available today. This is a good price point for a well-rounded carbon faced paddle.

“The Echo Carbon pairs sleek design with premium technology for avid pickleball players seeking championship-quality performance. Crafted with a woven layer of carbon fiber across the face for lightweight power alongside enhanced feel, this paddle features a classic shape with an extended handle that optimizes comfort for two-handed backhands. Look sharp and play sharper with this all-new paddle designed to bring home the hardware.” 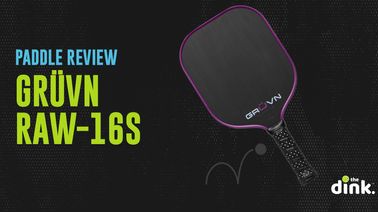 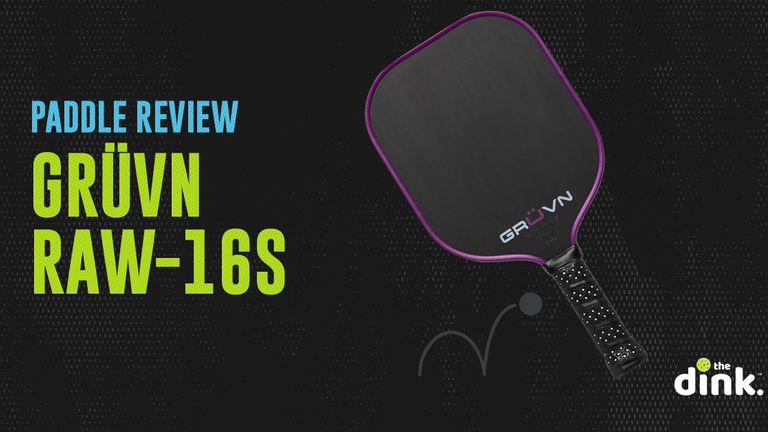 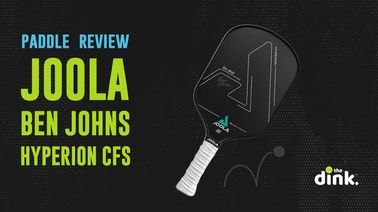 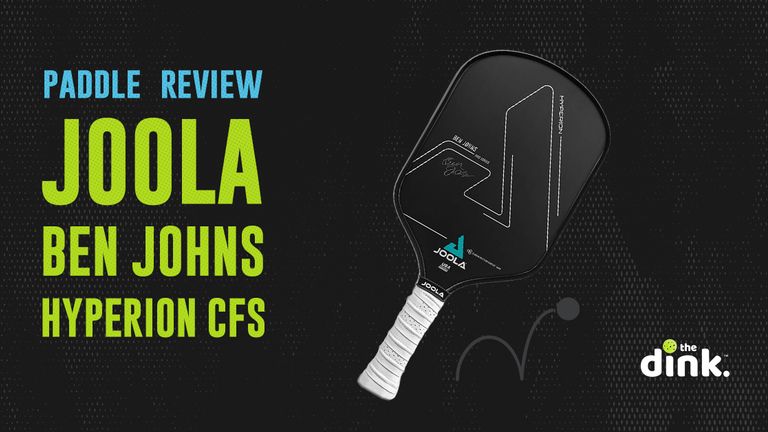 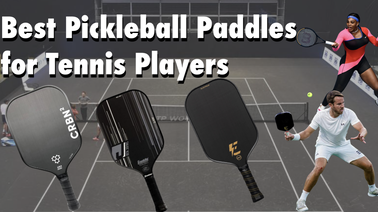 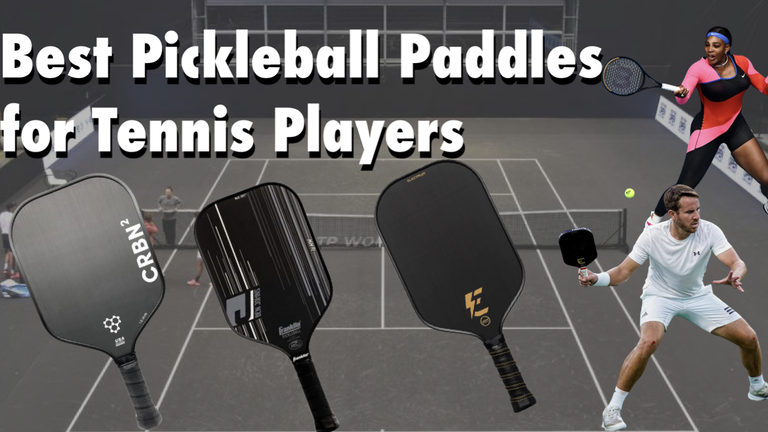 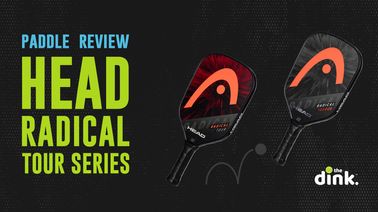 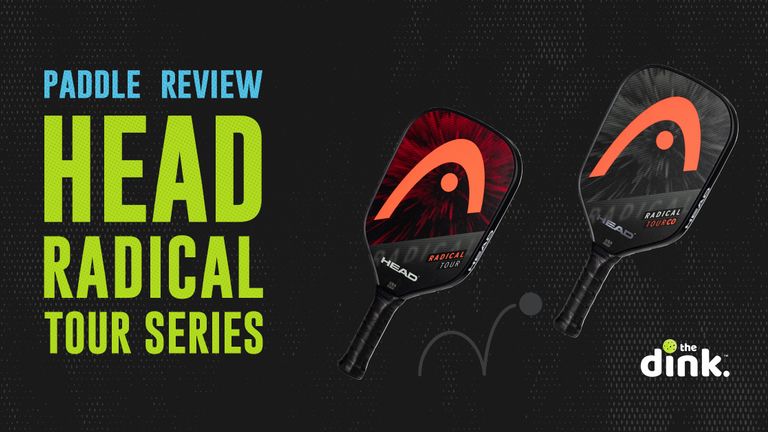